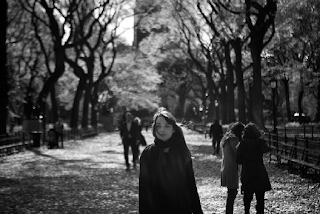 
His comments remind me of one of the great examples of modern photojournalism that originated in the NYT photography blog, Lens.   One in Eight Million was groundbreaking, based on the simple concept that NY is a city of interesting characters.  Each piece (running about three minutes) plucked a New Yorker out of their every day life and told their story with a sound montage of their voice and evocative B&W photography by a NYT photographer.  The people came from all walks of life and the series described as an “ode to the city,” won an Emmy for “new approaches to documentary.”  I found “One in Eight Million” fascinating, posted several blog entries about it, “One in Eight Million” “Letter to Michelle McNally” , told friends and colleagues.   It takes empathy and considerable skill to create a compelling story arc in three minutes.  You can still see the pieces by following the link above.


But that was that.  For whatever reason, the NYT decided to end it.  I’m sure that Emmy was a bittersweet moment for the series producers and photographers.

I see other examples, too.  Here’s a link to NYT Photographer Chang Lee’s innovative “Second Chance” series that also died on the vine.  It launched in the NYT website in June, 2009 and I believe ended later that year.  I wrote several blog posts “A New Way of Seeing” and “Capturing the Stillness” about his work, too.   Chang was incorporating video and photography to frame a person’s story in key “moments.”  He created those moments to allow the viewer time to pause and reflect, and gain a deeper insight into the story he was telling.  They say a picture is worth a thousand words.  Chang Lee helped show the truth behind the cliche.

So, for about a year or two, the NYT was one of the most innovative sites on the web for using video and photography to tell stories.  And yes, I still see the names of their great photographers in picture credits, but now it’s news photography, not explorations of ideas, issues, people, environments, etc. that seemed to offer such promise in the early days of Lens.

Well, I can’t end this post with such a downer, so I want to point you towards something new.  New to me, anyway.  And that’s a new site devoted to photojournalism.  It’s called Fraction Magazine and it features a wide variety of work, much of it devoted to telling stories with pictures.  And reviews.  And sometimes wonderful surprises, like the work below, created in the 40s by Gita Lenz.  Her work, recently rediscovered and published, was featured in the Edward Steichen-curated exhibit “Abstraction in Photography” at the Museum of Modern Art and calls to mind some of the great work of that era.

And these days, Fraction is a great place for those interested in new ways of using images to capture character and exploring the art and ambiance of storytelling.  And, hopefully, it will be around for a long time as a source of inspiration for all of those involved in the visual arts. 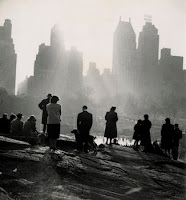 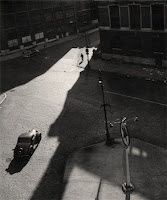