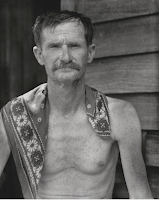 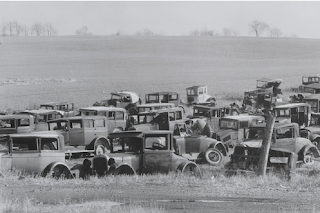 Many photographers develop a style that seems to define their work.  That was certainly true of the old masters.  Take one of my all time favorites, Walker Evans, for example.  His work for the Farm Security Administration is so distinctive.  Perhaps due to his subject matter, but certainly in his eye for composition.  And like all artists, he needed to experiment and grow.  I saw a retrospective of some of that work at The Metropolitan Museum of Art.  And while there were some departures from his Depression era photos, including an experiment with subway candids, I think his vision and artistry is best defined by his starkly beautiful FSA images.  You can definitely feel the man behind the camera when you look at that work.


Recently I was perusing the work of Matt Slaby, one of the six photographers that make up Luceo Images.  Two images of his work are below. 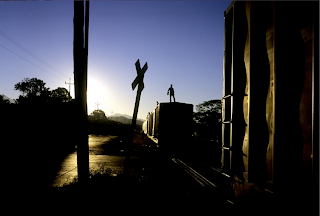 I was struck by two portfolios on his site.  The first, Gun Culture USA is more in the typical journalistic tradition.  It’s the content that makes the images powerful.  Some are stylized, like the one on the left, while others are more simply recording an event.  But together they make a potent statement about America’s love affair with weaponry.


The way he’s positioned these two men in a field, with the strong lines of furrowed ground running to a vanishing point behind them gives the image a surreal quality.  Which is heightened by the juxtaposed gestures of the two men.  The effect is almost laughable, save the deadly force contained in the weapons they’re holding.


Another portfolio The Gulf Oil Spill also has some nicely made images of the impact of the BP disaster.   But the other portfolio I’d like to recommend is The Other Border.  It’s quite strong in a totally different way.  The images are dreamlike, abstracted.  Looking at them, you become filled with a sense of mystery and can seemingly track the traces of memory.  I mean, I don’t feel like I’m actually seeing what is there, rather I’m seeing a visualization of what the photographer witnessed.


This work is about the immigrant journey and what you see is strange and dark, mirroring the difficult path taken by the people we see and sense through the photographs.  I like them very much, especially because they’re so different from his other work.  And their dreamlike quality gives them a haunting power that echoes the stark reality of their lives.

Of Poets, Musicians and a Home for Both