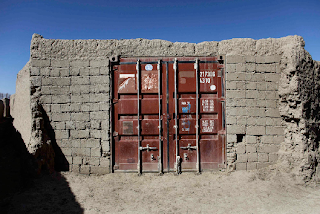 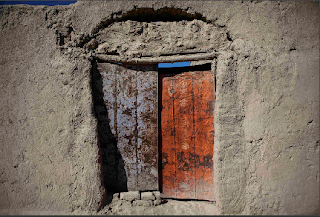 Award-winning Reuters photographer Finbarr O’Reilly is embedded with our troops in Afghanistan.  With the ongoing violence, he wanted to photograph something that was more “gentle and quiet.” So he decided upon doors and his series is featured on the NYT Lens blog.
For Finbarr, the doors symbolize “the closed nature of Afghan society, as well as the fact that the United States Marines are tolerated – but not entirely welcomed – by the local population.”  I like his photographs for a number of reasons.  There is that sense of something hidden.  The doors are a barrier, and whatever they are protecting is literally walled off from view.  But the simplicity of his images invite us to imagine the untold stories and lives lived behind them. 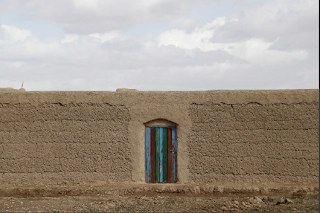 Also, he had to capture his images as he passed by.  Finbarr writes, “I had to follow directly in the footsteps of the Marines in front of me and settle for whatever angle was available as we walked through the villages… I also couldn’t stop for more than a few seconds… trying to capture these fleeting glimpses of color and creativity.” 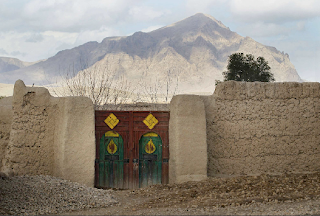 The limits imposed upon his photographs are akin to the limits artists place on their creations.  Having focus gives his series a shape and structure. The stark beauty of his doors creates an abstraction that represents a larger theme/idea. That’s what makes it interesting to me. In a sense, the doors are like the eyes of a veiled woman.  They keep many secrets.  And yet reveal something of the person within.
And there’s a sense of mystery, too.  Which I find inviting in a work of art — it draws me in. I can almost imagine myself sitting in the courtyard behind that patterned door, listening to the soldiers passing by.  So little separating us.  Just a door.
AfghanistancreativitydoorsFinbarr O'Reillyphotography