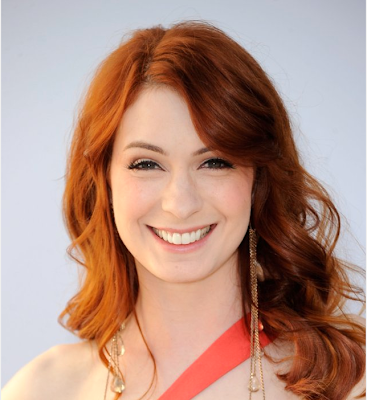 Today I met Felicia Day.  Virtually.  Which is fitting for a Web Diva.  And having spent a little time together, virtually of course, I can say Felicia Day rocks.  According to the Washington Post, she’s a geeky gamer goddess.  Which of course leaves me clueless, not knowing which end of the dragon is up, so to speak.  But Felicia’s just launched her very own YouTube Channel, Geek and Sundry which features shows by her friends and her own funny feature, The Flog, that any of us clueless types can enjoy.  And millions and millions do.  The Flog, which launched April 2, had over 200,000 hits by the next day.


For the Flog, which is her video bloggy thingy, she masters the cutey-jump-cut-facial-gag-rejoinder-whatever mode of quick cut editing.  And having a great old time with it.  Makes me wish I was 16 again so I could pine away for her.


After you’ve flogged yourself, if you’re still aching for more, you can check out these videos.  There’s I’m the One That’s Cool featuring her posse aka The Guild.  It’s all about geek payback.  You know, they’re the ones making the big bucks these days.  And Do You Want to Date My Avatar again featuring her Guild pals.  Which is a great sendup of the gamers alter egos.  A talented bunch. 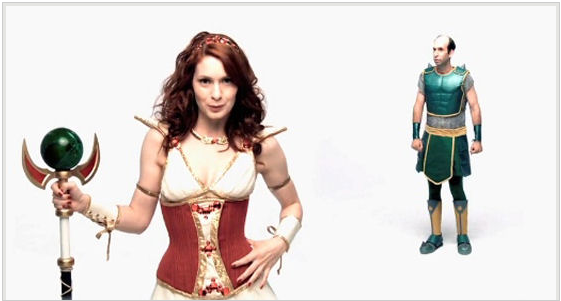 So who is she in real life?  Here’s a link to her bio.  A very creative and funny person, this Felicia Day.  And sounds like she’s just getting started.

In the Company of Animals