A Visit to RH 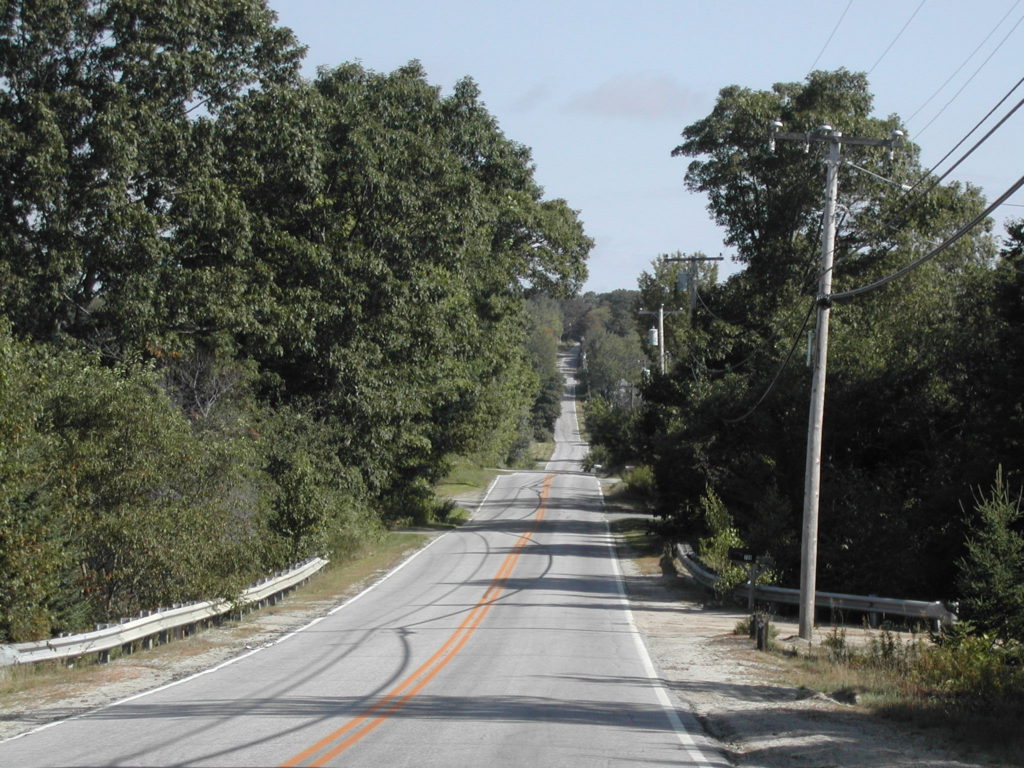 Went on an adventure today. Arrived at Judith’s Gallery in postcard perfect Blue Hill early in the morning, armed with a pair of sunglasses, several bottles of water, and the Maine Gazetteer (a road atlas neatly dividing the state and its land and ocean borders into 70 quadrants).

Judith’s Gallery had been voted Best in Maine a number of years ago (although I’m not sure who did the voting) and that’s the way she presents herself to the world: as the owner of the Best Gallery in Maine, as well as an artist in her own right. In fact, we own two of her paintings.

But Judith will also tell you pretty soon after you get to know her that she spent years in Belfast, Maine, a gritty factory and fishing town, locked in an unhappy marriage to Doctor Andy. During those gray and difficult years, she was addicted to pills and booze and God knows what else.

Now she’s a vegetarian and has sworn off those martini lunches. She’s raised three kids, replaced two hips, and developed a singular terror of bridges. She’ll gladly go the extra mile to avoid driving over one.

Sadly, she’s had more than her share of family tragedy. Not too long ago, her youngest son was murdered by a co-worker. Her art that year was very dark, peopled by women with no faces.

Now Judith’s gallery is filled with abstract art in the form of paintings by contemporary artists from Maine and other parts of our nation. She has a taste for the surreal, the mysterious and the mythic. Loves color and the loosely rendered form. There’s sculpture throughout her gallery and Judith has transformed its grounds into a sculpture garden with works sited in and around a grove of pine trees. And in the basement of her barn-turned-gallery are French antiques and other whimsies.

Judith is a slip of a woman with brown sparkly eyes, and has more than enough energy for several women just like her. In season, her gallery is open seven days a week and she’s there every one of them.

On to Port Clyde

Well it was time to get on with it, so Judith, Sharon and I left the aesthetic musings of Blue Hill and made our way to Bucksport and its renown instrument of terror, the Waldo-Hancock Bridge. I was driving as we approached the W-H Bridge, which had been named by the American Institute of Steel Construction as “the most beautiful bridge in the world built for less than $1 million dollars.”

Judith, as you can imagine, was not feeling very secure as we approached the entrance. Hundreds of feet below us raged the Penobscot River and I have to confess that the bridge’s rock-bottom construction price certainly didn’t elevate anyone’s mood. But we took a collective deep breath, let it out, and slowly drove across the long narrow span without incident. She told us later that she had watched the taillights of the cars in front of us to make sure that we wouldn’t be caught in traffic in the middle of the bridge.

After our uneventful bridge experience, we motored on down the coast of Maine. We even took time to stop in Camden for snacks and shopping. Finally, we knew we had reached our destination 2 1/2 hours later when we rolled in to Port Clyde, a spit of land sticking out into the Atlantic Ocean, harboring fishing boats, a cloud of gulls, and a handful of day sailer pleasure boats.

The old frame houses dotting the hillsides around the port were perched helter skelter on granite boulders. Some of them looked like an angry wave would wash them right out into the sea, and no doubt some had made that devastating journey in years gone by because I saw several ruined foundations abandoned at seaside.

But however tentative the buildings seemed, Port Clyde is a working fishing village that has yielded some of its byways to the like of painters and sculptors and the occasional vacationer. Standing there looking out over the Port, one feels that time has given up its relentless forward march and wearily settled upon the year 1957 as being just about as good as any other. It was timeless, it was, and the brownies at the ice cream shop were large, thick and chewy and not too sweet. ’57 was a vintage year for chocolate savories, I guess.

We came with Judith to Port Clyde on a mission. We were there to pick up the recent work of an artist for her gallery. So, we parked outside his house and were met by Nancy, his wife. They’d bought the place in ’53 while he was teaching at Rhode Island School of Design.

She’d been a former student; that was how they met. And no, she doesn’t still paint – their home was too small to hold more than one painter, she said. So she gardens and quilts and watches over the domain of RRRRobert Hamilton, Artist.

With wife Nancy in the lead, we tramped across the road and through a field to meet the object of our journey, RRRRobert Hamilton, Artist. As we approached he saluted us with a grand wave of his canes held skyward like twin six guns blazing.

RRRRobert Hamilton is a rooted stump of a man now that his legs no longer work. But his lungs do fine, thank you very much, and I could picture him, a great earth-bound force of nature, bellowing like some sickened bull at the Fates who’d robbed him of his mobility and eyesight.

There before us was RRRRobert Hamilton in all his glory: wearing wrap around sunglasses, smoking a stogie and preparing to give his blessings on the Art to be selected.

After a short greeting period, Judith got down to work. She whirled through his show rooms pointing out “this one” and “I’ll take that one.” Sharon and I lifted the work off the wall and placed them one by one accordion-like around the room.

Wife Nancy had told us the ones painted on foam core would fetch a thousand, but the Artist RRRRobert Hamilton priced them at more than double that amount. “Tell them a 2×4 foam core is still an original Hamilton” he instructed. “They’re my early ones. That makes them historic.”

I presented him with each piece selected and he promptly set forth judgement. “This one here called ‘man saves dog’ is quite a popular one.” And “that one with the woman gazing out the window, why she was the most beautiful woman I’d ever seen.” And so it went, Judith selecting and the Artist critiquing until we’d amassed 24 pieces for her gallery show set to start 10 days hence.

While we gathered together the 24, RRRRobert Hamilton removed his oversized sunglasses to reveal an eye patch and a red vein-filled nose perched like a beacon on his broad, bearded face. It spoke of years of drink and room-loud talk of war and death and women and all the other mysteries of the world. He was a robust man hollowed out by illness, infirmary and soon-to-be approaching death.

And even though he stood there a shell of his former self, the rain that had threatened for hours to darken our path stayed safely in the heavens, far from the wrath of RRRRobert Hamilton, Artist.

Finally, after two hours spent pouring through the work of a lifetime, we made ready to leave, stopping first to buy ten pots of white begonias from Nancy, his wrinkled wife of 48 years. That night driving home, the moon was full.