Mac Premo and The Art of Identity

What makes us who we are? Is it how we act? Our behavior towards others? Perhaps our thoughts and values? How others see us?  Maybe so, but these abstractions are like vapor and can be hard to hold on to.


Another way of looking at identity is to focus on the things we choose.  Our stuff.  And yes, things have their own fascination, meaning and psychic value.

Mac Premo is all about stuff.  His bio describes him as “a professional stuffmaker.”  He uses objects collected over the years to create his art and craft award-winning commercials.  A sculptor, fabricator, designer and animator, his interests and off-beat humor seem to feed off each other.  Here’s a link to a wry video he made: 2011 Year in Review.


The year 2011 also found him in a quandary. He was leaving his beloved studio, moving to a smaller space and that meant a lot of his stuff would end up in the dumpster.  So he turned adversity into art with a work he calls The Dumpster Project.


The Dumpster Project is a record of about 500 objects he’s collected and saved over the years.  Each of them photographed, cataloged with notes about what they mean to him and posted on his blog – and also fabricated as part of a massive collage.


Mac made this sample in a suitcase to show people what he was going to do, hoping someone would say, “I like it, here’s a dumpster” for The Dumpster Project.  And someone did.


As he says in a video describing the project, “I think we imbue meaning to objects and subsequently those objects become a record of who you are.”  Or maybe, we just have a lot of stuff… 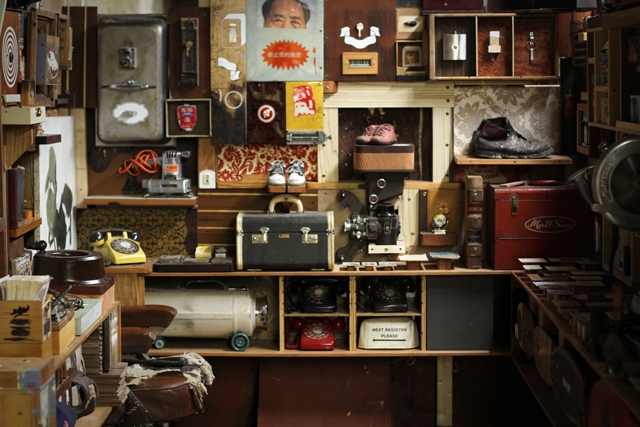 Here’s a wider view of the interior of the dumpster and a portrait of the artist and his work. 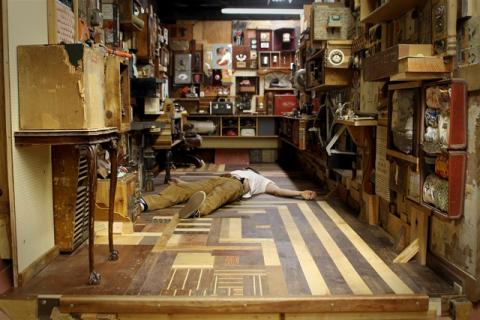 Brooklyn, New York is home to The Dumpster Project.  It’s been on view at the DeKalb Market and had a brief stay in Miami. 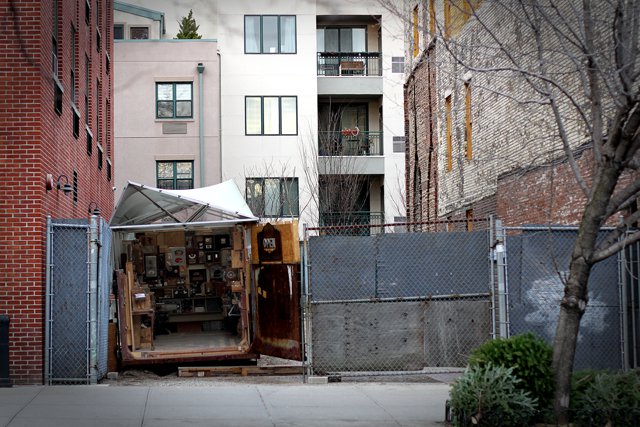 Here’s the dumpster next to Mac’s new studio in Brooklyn.  You can see more images of the interior here.  A Highbrow Magazine story and an ABC News profile fill in a few more details. 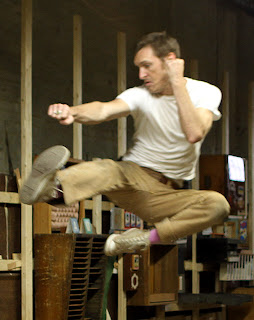 I like how Mac Premo has tried to plumb the depths of identity with his Dumpster Project.  By binding his life experiences to the objects he’s displayed, he’s opened a door into his quirky persona while inviting us to think about the trappings of our own lives – and all the objects that define us. It’s a murky and complicated world, the world of things, and it’s fun to be able to explore it with fresh eyes.