You might say the creative process is built on capturing moments. Certainly in the visual realms I’ve explored, whether photography or documentaries, “moments” catch our eye and often our emotions. They offer insight… make us stop and reflect… feel empathy or something deeper.  That’s what inspires me to write about the work of people like street fashion photographer Scott Schuman and even the formal portraits of crumbling WWII ruins brilliantly captured by Marc Wilson in The Last Stand. While a photograph holds its moment forever, in video moments are fleeting. Like memory….  there and gone in the blink of an eye. Even so, they contain within them a certain power. As a writer and editor of documentaries I was always on the lookout for those little snips of time when everything comes together. It could be a glance, a smile, a few words well spoken. While a moment might be captured in the raw video, more likely I’d use whatever tricks I could muster to raise one up Lazarus-like from otherwise lifeless footage. I’d use that moment to grab your attention, mark a punch line to a scene or otherwise help the work resonate on a deeper level. Drama, however,  is a different genre all together.  Telling a dramatic story starts with words – the script. The script has to conjure its own moments of imagination and insight, but ultimately it’s just a guide to shaping a deeper experience. A colleague, Tim Lorenz, pointed me to a great example of all this in the short video First Stars I See Tonight. The piece was crafted by Joseph Gordon-Levitt’s hitRECord, a social media collaborative production company. I’ve written about Gordon-Levitt’s experiment in collaborative creation in an earlier post on TheVisionThing. He’s recently expanded the site’s efforts and it’s worth taking another look. First Stars I See Tonight was submitted to the site as a short essay/story by Roswell Gray you can find here. The essay is heartfelt but filled with detail and too many words. Still, it describes a powerful moment and with some elegant editing, Roswell’s words became the core of  a compelling short video. That script was realized with a well-spoken narration, music and artful images. The result is a beautifully captured moment, featuring Elle Fanning.

I like the simplicity of the story and the intimate feeling created by the narration. The fanciful line drawings work well too – at once strange and familiar, they suggest a childlike innocence as they frame this tale of wide-eyed wonder. There are plenty of nice, small touches that bring First Stars to life and it’s one of the best pieces to come out of hitRECord.

If you want to watch the complete launch of hitRECord on TV’s maiden voyage you can watch it here. I found it a mixed bag, with Gordon-Levitt acting as ringmaster, huckster and prime egoist. Still, it’s also quite inventive as it plays with point-of-view and celebrates the interactive process of collaboration.

Since the work primarily comes from talented amateurs, it has that random, “whatever” feel and many segments come across as semi-realized sketches. Talking about sketches brings me to another site that’s well worth visiting, called Urban Sketchers. Here you can “see the world, one drawing at a time.” This site has its own collaborative vision – featuring sketches from artists out to capture scenes they encounter in their worldly wanderings. Thanks to John Hardgrove for telling me about the site, it’s a wonderful location for arm-chair travelers.  Urban Sketchers mission is to

“raise the artistic, storytelling and educational value of location drawing, promoting its practice and connecting people around the world who draw on location.”

You never know what you’ll find on the site, but there will definitely be little intimate moments rendered in watercolor, pen or pencil. Along with their sketches, the artists often write about the experiences they set off to capture. That makes it almost as good as being there yourself as they offer up work that engages your imagination. Thinking about it, these sites show two different approaches to the collaborative process. HitRECord is most successful when there’s a strong guiding vision and firm hand steering the ship. It needs that effort to unify the disparate voices as they come together to make a piece. Urban Sketchers is a compilation of individual efforts, yet it’s a rich experience due to the creative talent of the many artists exhibiting on the site. In this case, they’re able to retain their style and personality as they contribute to a unified theme as urban sketchers.

While my work as a writer, editor or producer found me collaborating with others on a project, I’m also a great believer in finding and expressing your own voice – that’s one of the reason’s I write TheVisionThing.

So what are your thoughts about collaboration and/or the moments that make the creative process so compelling? Leave a comment and let me know.

Here’s a quote from the NYT:  “Since the Australian economist Joseph A. Schumpeter published ‘The Theory of Economic Development’ in 1934, economists and governments have assumed that the industrial and business sectors are where ideas for products originate.”


Okay, we all think we know this to be true:  small business drives the economy and big business spends the big bucks on R&D.  Together they’re the power behind all that innovation and entrepreneurial drive that so defines our economic and political system.  That’s us: a nation of doers and innovators, powered by our industrial and business savvy.  Right?

Well, maybe it’s really something else.  Which leads us to the recent findings of the innovation researcher to my left, Eric A. von Hippel.  In a study funded by the British government, he and his research posse found this: “the amount of money individual consumers spent making and improving products was more than twice as large as the amount spent by all British firms combined on product research and development over a three-year period.”


Well that’s certainly a different take on it.  So it’s us, the people, that are the real innovators.  For example, according to von Hippel’s research, 3/4 of the innovations in scientific instruments come from users.  And that leaves the small and large companies to be the marketers and manufacturers of all this innovation.


This kind of blows the old mythology out of the water.  So, it’s individuals who are the real doers and innovators.  They/we come up with the cool ideas and new ways of doing.  Take the Internet, for example.  You can immediately think of new ideas and innovations there.

And this leads to another way of innovating I’d like to talk about, and that is people working together to make something happen.  Again, the Internet is the place.  And a particular site I found fascinating when I first wrote about it is still out there innovating.  HitREcord is the brainchild of RegularJOE, AKA Joseph Gordon-Levitt.  Hit the Red Button on the site to join up and you can help “create and develop art collaboratively.”


It’s really a cool idea.  One person writes.  Another does the music.  Another animates something based on the writing.  And then there’s the remixes and mashups and reworking.


That’s the basic concept, really, that anyone can redo anyone else’s work on the site, theoretically making it better, of course.  And, an interesting kicker is, if RegularJOE decides, given his connections within the entertainment industry, that he can make a buck with it, then he’ll share the profits 50-50. 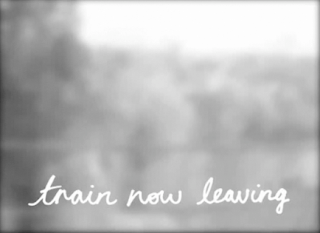 They have some interesting videos on their site.  A short, poetic piece is “Train Now Leaving.”  It feels like the work of one person but is actually a collaboration of several.  And an example of a simple idea well executed.


Maybe this concept of collaborative creation is the future.  Maybe it’s too idealistic to have legs.  I can see it either way.


So what about this innovation thing?  One of the drivers is that we’re so individualistic, so oriented towards the belief that one person can make a difference.  And innovation is so demanding, I think it happens when someone believes they have the ability/power/insight to bring into the world something new.   It’s also something that requires the freedom to examine and  explore, confidence and vision.  And I’d say it’s nice to have a little luck, too.