Social entrepreneurs strive to do well by doing good – they’re change agents looking for creative business solutions to address social problems. They’re about starting a business that’s concerned with more than making money – they also want to help make the world a better place. Too idealistic, you say? Well what does it take just to be an entrepreneur? I’d bet we’ve all had at least one idea for a business that got our imagination rolling. We could see the potential – how our great idea could turn itself into something people would embrace. That’s the essence of an entrepreneur’s vision. Yes, ideas are borne of necessity… but sometimes they also come by putting the pieces together in a way no one has done before. Whatever the vision, having an idea is never enough. You have to nurture it, turn it around in your mind, see it from all the angles, imagine it as a full-blown reality and then you have to do something about it – prove its worth. That’s what separates the dreamers from the doers.

In the past, you’d have to be obsessed and relentless in pursuit of your dream – and often you’d find yourself going it alone. You’d have to hit up friends and relatives for support, launch and manage your venture and have a lot of the entrepreneur’s best friend – luck – on your side. With all that… most new businesses fail within 5 years.

Today, things are different – with the web there’s more opportunity. Take for example the path blazed by Emily Nunez and her sister Betsy. Betsy and Emily Nunez photo by Jason Malmont The Sentinel

While a student at Middlebury College in Vermont, Emily signed up for ROTC and then to serve in Afghanistan. She started thinking about the difficulties veterans face when they return home and try to find work. The two sisters had often talked about creating a business together and that gave Emily an idea. They could repurpose army surplus slated to be thrown out and reuse it to create sustainable products, produced here in the USA. They could work with companies that hired unemployed veterans to create knapsacks, tote and messenger bags and other items people could use. They also decided to donate 10% of profits to organizations that help veterans – Veteran Green Jobs and the Wounded Warrior Project. Emily Nunez from the Sword and Plough site

“I wanted to create something that would emotionally and physically touch civilians in their everyday lives and remind them, in a beautiful way, of the challenges our country and servicemen face.”

But how to turn her idea into something tangible? Enter Middlebury College and their new Center for Social Entrepreneurship. They helped Emily apply to the Dell Social Innovation Challenge where her idea made it to the semi-finals. After a three week intensive at Dell, she had a business plan, a brand name and a prototype canvas bag. Then she entered the Harvard Pitch for Change Competition where her social entrepreneur idea won first place, $6,500 seed money and free business consulting. With Emily training for Afghanistan, Betsy quit her job and went to work as the new company’s first employee and Sword & Plough was born. They decided to create buzz and launch their company on Kickstarter. They hoped to sell 500 bags and raise $20,000. They used some of their seed money to make prototypes, do a photo shoot with professional models and make a pitch video.

When their Kickstarter campaign started April 15th, they reached their goal in two hours. from the Sword & Plough Kickstarter site

Here’s a link to their website, Sword and Plough.

Why was their Kickstarter launch so successful? There are several reasons. As social entrepreneurs they have a clear, simple mission and business approach that will help them accomplish what they set out to do. They have a popular product that appears well-designed and well-made. The story of their company – and their story – is well-conceived, appealing and timely.  And they’re providing work to unemployed veterans and donating 10% of the profits to veteran causes.

Sword & Plough seems well on the way towards becoming a viable business and helping solve a thorny social problem. What do you think? Leave a comment. From the Sword & Plough Kickstarter site

And video grabs, like this one of Bertrand Russell’s message to the future:

Upworthy launched in March and seems to have the right formula. According to the NYT, it’s off to a faster start than the Huffington Post with 2.5 million unique visitors in just its third month.

Finally, one other little tidbit I found that shows that the life of the mind still burns brightly. At least in Brooklyn. Check out this video from the NYT.

So here are people who’d rather light candles than curse the darkness. And I hope their efforts will inspire us, too. Because, if you just think about one thing you can do to satisfy that urge to create, innovate or show a little vision and just do it, we will all be the better for it.

I wanted to write a little more about Kickstarter and what it has to offer.  For starters, the Oct. 24th issue of Bloomberg Businessweek has a neat little graphic about “The New Venture Capital” aka Kickstarter.  And its headline states that the site helped entrepreneurs raise $8.8 million in September.  That’s a lot of people interacting with a lot of projects.  And many of those projects raised more than their goals.


Here’s one of their innovative concepts: you take your idea and use Kickstarter to help you find an audience.  If enough people like what you’re proposing, they’ll give you the money. And by contributing, they’ll also hold a stake in your creative concept.  So when it’s completed, you already have a supportive audience to build on.  Which makes the whole process more democratic and offers more opportunity to anyone with a great idea and a plan for making it happen.


Which brings me to Nora Painten’s Brownsville Student Farm Project.  She wants to turn this empty lot into a working farm to teach city kids about food, nutrition, teamwork, farming, the discipline and benefit of work, and the joy of growing your own food.

She lays it all out in her video on her Kickstarter page.  Of course her concept is very appealing. Who wouldn’t enjoy an urban garden, especially one run by an experienced farmer with a mission to bring her love of the land and farming to city kids.  And many years ago I taught third grade in Brownsville.  Back then, it was mostly ruin and rubble.  So her effort to reclaim the land caught my eye.  And after I saw her video, I was curious about who might support her project.  So I picked one at random on her list of backers. 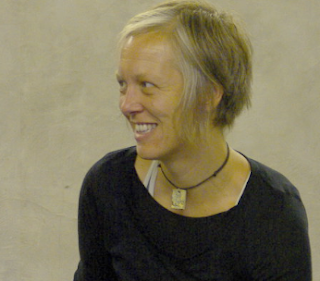 And I found that one of her backers is Katherine Ferrier, who had her own Kickstarter project, Cultivate, to bring dancers, designers and musicians together as a creative community to perform in a small New Hampshire town.  And she has her own blog about dance-making, collaboration and the creative process.


I love how exploring this site sends you on a journey.  Starting with an innovative idea to fund the creative process, moving to introducing kids and the local community to growing their own food and moving to a dance-maker with a vision of growing her own creative enterprise.  Each reaching out, sharing their experiences and creating community via the web.  It’s all about connections, and I love how one leads to the next and the next.  And before you know it, you’re discovering people and ways of seeing the world and living in it that you would never encounter, save through this amazing catalyst for innovation and vision, the Internet.

Kickstarter: The Power of a Simple Idea

Plenty of people have that really cool idea percolating inside them that they’d like to make happen.  Maybe a music project or a film or a great new art project. Whatever.  And what holds them back?  Well lots of things.  But one of the biggest obstacles is lack of cash.  Fundraising takes forever, accompanied by lots of rejection — a path full of potholes.  Very few of us have rich friends or relatives.  And while sweat equity can take one fairly far, more often than not it’s the lack of money that starves great ideas.  So while pluck and luck may have been a recipe for success in the last century, these days for the arts to thrive, creativity needs cash. 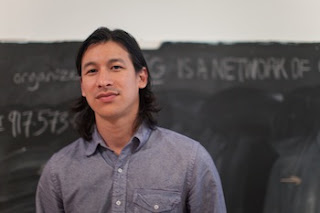 Which is why Perry Chen’s idea is so profound.  A concept that wouldn’t be possible without video and the Internet.  And with the help of both, he and his colleagues created a new way for artists, designers and other creatives to connect with their audience and potential funders.  It’s called Kickstarter.  And it’s a kind of incubator for the arts.  With a personal touch.


For a quick insight, there’s a short print interview with Perry at the Economist’s culture blog Prospero here.  And watch Perry do a great job of explaining it all at Gel here. I want to write more about what I’ve found there, but that will be in a future post.  For now, just watch the video at Gel and you’ll see how this simple idea has generated something truly powerful.  And Gel is pretty cool too.