What He Could See 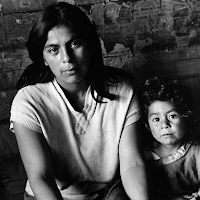 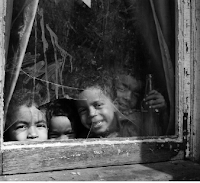 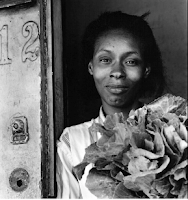 This piece is about social documentary photographer Milton Rogovin.  His recent passing occasioned articles in the NYT, Washington Post and NPR.   As a marxist, his politics propelled him to document the lives of the working poor.  Some in his home town of Buffalo, others in Latin America.  Much of his work is now housed in the Library of Congress, the Getty Museum and the Center for Creative Photography.

One could say he opened a window to the lives of people who are typically invisible.   His work has been compared to Jacob Riis (an early muckraker, famous for his photos of the horrors of tenement life) and Louis Hine (another social reformer whose photography helped change the child labor laws). But I think Rogovin is doing something else.  I feel his work is more celebratory.

Of course his work often shows people in difficult straits. But there is a dignity and a humanity that shines forth.  I think that’s what he saw and wanted to capture.  The NYT piece includes a short audio interview with him.  In it, he says he never posed his subjects or told them what to wear.  His only request was that they look at the camera.  He wanted to show the unvarnished truth.  He continued:  “To make pictures in this way is an act of respect, an exchange between the photographer and his subjects.”  I think that respect for their humanity and his feeling of being peer with them is what makes his work so alive.

For him, the camera is just a tool to document those interactions.  And in the process capture something vital that reveals the person on the other side of the lens.  His photographs enable us to see what he could see.  And without his singular vision and a determination to honor “The Forgotten Ones,” we would never know they existed.